Join us for the final event of the Easton Book Festival 2020, hosted by Laurel Wenson of the Greater Lehigh Valley Wrieters Group.

National Novel Writing Month (NaNoWriMo) is an annual Internet-based creative writing project that takes place during the month of November. Participants attempt to write a 50,000-word manuscript between November 1 and November 30. Join our panel of brave NaNoWriMo writers as they discuss their personal NaNoWriMo experiences this year: the ink, sweat, and tears they poured into the NaNoWriMo 2020 challenge.

Marly Youmans is one of today’s masters of language and imagination. Her poetry and fiction blend fantastic, historical, and everyday elements that have delighted readers for decades. In this program, book critic and editor John Wilson introduces a series of dramatic readings of Youmans’s fiction and poetry, from her critically acclaimed Catherwood (1996) to her recently released Charis in the World of Wonders. Readers include Makomoto Fujimura, Keisuke Hoashi, Chris Phillips, and Lauren Stango.

Click here to purchase Charis in the World of Wonders

Meet renowned children’s book illustrator Floyd Cooper, who lives right here in Easton, PA.
Link to join Webinar
https://us02web.zoom.us/j/89335925800
Floyd Cooper is the Coretta Scott King award-winning illustrator of nearly 100 books for children. Floyd started his career in illustration at Hallmark, after a successful career in the industrial side of art, he made the leap into picture books with Eloise Greenfield’s Grandpa’s Face. Since then Floyd has worked with bestselling authors including: Jane Yolen, Nikki Grimes, and Virginia Fleming. Floyd has illustrated and authored his own books, Jump! about the life of Michael Jordan; and the ALA notable book, Coming Home, about the life of Langston Hughes.
Click here to purchase Floyd Cooper's books

Author Jessica Stone reads from and discusses her brand new memoir, “Craving London.”
Please click the link below to join the webinar:
https://us02web.zoom.us/j/89804660321
“Read Jessica Stone’s evocative memoir and prepare to be dazzled. When I grow up, I want to write like Jessica!” -Gay Hendricks, Ph.D., New York Times bestselling author of The Big Leap
What if you could make anything happen…except the one thing you wanted most?
Still single five years after a broken engagement, 29-year-old food lover Jessica Stone decides to leave New York City for a fresh start in London, hoping the change in scenery would finally usher in a new relationship. In this all-consuming memoir, she indulges in one culinary adventure after another while undergoing the trials and tribulations of trying to date in a different country. Would she finally find the winning recipe for lasting love?
“Jessica Stone beautifully captures the crazy ups and downs that come from being able to make seemingly anything happen…except the happy, healthy love she desires. She’s a delicious, delightful writer whom you’ll fall madly in love with over and over again.” -Katherine Woodward Thomas, New York Times bestselling author of Calling in “The One”
Craving London is an intimate journey of the heart and palate. Those engaged in a life-long love affair with food and travel–as well as a hunger for self-improvement and a curiosity for foreign culture–will find many ingredients to sink their teeth into here.
Join Jessica as she reinvents her life from scratch, reminisces about her Cuban roots, shares her favorite recipes, and attempts to unravel the nature of relationships…one rapturous bite at a time.
Purchase book here:
https://bookmanager.com/puppetb/?q=h.tviewer&using_sb=status&qsb=keyword&qse=ansznSNmqAxkhQrmIIENiA

Words in Action: a panel discussion with playwrights and screenwriters

Playwrights and screenwriters discuss their forms and how the pandemic is affecting their ability to share ideas with the public.
With Dennis Bush, Lori Fischer, Sylva Kelegian, and Maureen Davis.

Dennis Bush-Playwright/screenwriter Dennis Bush’s plays have been performed in New York, and throughout the United States, Canada, England, Scotland, Wales, Ireland, Australia, New Zealand, Italy, the Philippines, South Africa, and Egypt. His work has received awards at numerous theatre and film festivals. The film of his screenplay Love or Whatever (directed by Rosser Goodman) was a featured selection at film festivals in Barcelona, Hong Kong, Mumbai, Seoul, Aukland, Johannesburg, and Capetown, and at festivals throughout the United States and Canada, prior to its DVD release. He has forty-nine published plays and monologue collections. His plays Asylum, …and others, Below the Belt, Drift, and Find Me have had several hundred performances in the United States and around the world.  His short fiction and creative nonfiction have been published in noted literary periodicals.

Maureen Davis has journeyed from Broadway’s Tony-Winning Cast of “Into the Woods” to major network film/tv songwriting to acting in Hollywood indie films to the rock & roll circus of the Sunset Strip.
She wrote and co-produced the original musical  A Falling Star At Buzzard’s Roost –a Rockabilly Tale of a Microphone, a Meteor, and a Love that Transcends Time. The show featured songs by her band, The Flutterbies. She is the Producer / Developer of STAGE FOR A NEW AGE — a new performance hybrid mixing live radio theatre with film and music. In this age of Covid, she is working with a team comprised of executives from Warner Bros, PBS and Project Snap as well as L.A. theatre & music production experts. Modeled after FDR’s Federal Theatre Project, with the goal of getting creatives back to work.

LORIFISCHER(Playwright/Actress/Professor) received her M.F.A. from the N.Y.U. Dramatic Writing Department. She is a New York University Harry Kondoleon Graduate Award in Playwriting recipient, a Dramatists Guild Fellow, and a member of the Dramatists Guild Foundation’s new playwriting initiative. Lori’s drama Petie has been called a modern-day classic and was recently produced by Theatre East in NYC. Lori wrote and starred in her musical Barbara’s Blue Kitchen at The Adirondack Theatre Festival, Cincinnati Playhouse in the Park, and Off-Broadway at the Lamb’s Theatre.

Lori co-wrote and starred in her musical The Sparkley Clean Funeral Singers at Capital Repertory Theatre and the Cumberland County Playhouse.

Screenwriting Credits: 2014 Independent Vision Award Nominee for Outstanding Achievement in Screenwriting for the feature film Chasing Taste. Chasing Taste was the Feature Comedy Award Winner at the 2014 Manhattan Film Festival as well as at the 2013 Burbank International Film Festival.  Lori is an Adjunct Writing Professor at both New York University and Lipscomb University. Lori has performed regionally, Off-Broadway and in various movies and commercials.

Sylva Kelegian is an American Actress, Creator, & Writer. She has appeared Off-Broadway and guest-starred on television dramas such as CSI, NCIS: Los Angeles, Southland, Rizzoli & Isles, ER, Cold Case, Desperate Housewives, Big Love, Prison Break, Bones, Without a Trace, and many more. She has starred in independent films, co-starred in Stephen King’s movie of the week, Desperation, and appeared in movies such as Spiderman, Crash, Atlas Shrugged, and Return to Zero. Sylva is the co-creator/writer of BONED, a half-hour Dramedy for TV about Hollywood and the dog rescue world, in which she co-stars, and she’s written two award-winning books, THE DOLPHIN PRINCESS, and GOD SPELLED BACKWARDS: The Journey of an Actress into the World of Dog Rescue. Sylva has rescued and/or found loving homes for over 500 dogs.

Author Rebecca Price Janney will discuss the latest in her Easton series of historical fiction, hosted by this year’s Virtual Easton Book Festival. She will be joined by Michael Hollingsworth as Colonel Peter Kichline and will discuss the surprising parallels between Revolutionary War-era Easton and events in our current time.

DR. REBECCA PRICE JANNEY is the author of twenty-four books, including her beloved Easton Series. Her newest novels are Easton at the Pass and Sweet, Sweet Spirit: One Woman’s Spiritual Journey to the Asbury College Revival, 2020 Golden Scroll Award third place Historical Novel of the Year. Easton at the Crossroads captured the 2019 Golden Scroll Award for Historical Novel of the Year, and the first book in her Morning in America Series, Morning Glory, took second place.  She began writing professionally at the age of fourteen and by the following year was covering the Philadelphia Phillies. She earned degrees in history from Lafayette College, Princeton Seminary, and Missio Seminary. Rebecca is a popular speaker at civic and patriotic organizations, historical societies, schools, libraries, churches, and synagogues, and appears regularly on radio. Her weekly podcast, “Inspiration from American History,” offers encouragement and insights from our nation’s past. She resides with her husband, son, and Cavalier King Charles Spaniel in Pennsylvania’s Lehigh Valley where her family has lived since the 1740s.

Login to webinar to chat: https://us02web.zoom.us/webinar/register/WN_BvoMxOkcT8qGeROUaBmAtg 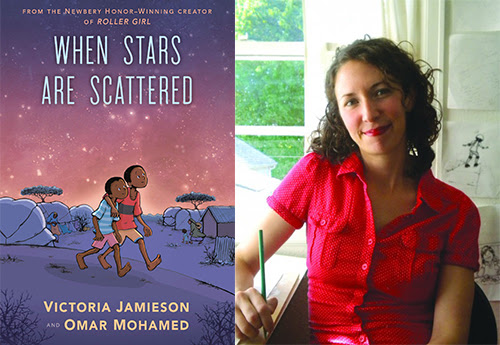 Victoria Jamieson: When Stars Are Scattered
Saturday, November 14 at 11:00 AM

Omar and his younger brother, Hassan, have spent most of their lives in Dadaab, a refugee camp in Kenya. Life is hard there: never enough food, achingly dull, and without access to the medical care Omar knows his nonverbal brother needs. So when Omar has the opportunity to go to school, he knows it might be a chance to change their future . . . but it would also mean leaving his brother, the only family member he has left, every day. 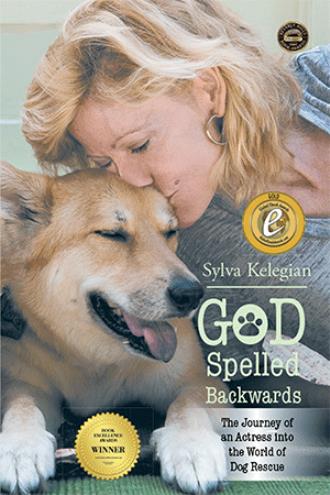 Goldi-Pup, Andy and some rowdy reptiles recite Shel Silverstein’s “I’m Being Eaten by a Boa Constrictor” and read Todd Parr’s “The Thankful Book”.

Subscribe to Book and Puppet Company’s page on Patreon to permit your children to participate in the interactive elements of Yippy Skippy Puppet Theater’s program. https://www.patreon.com/bookandpuppet

Ruth Maille-The Power of Positivity: The ABC’s of a Pandemic

Pandemic blues? Ruth Mallie helps kids aged 2 to 7 find the plus-side of a global pandemic, using the power of positivity.

Presented by The Nurture Nature Center

This virtual presentation connects the dots for audiences to the reasons behind why African Americans and other people of color are under-represented in the outdoors. To do so, we have to look at the nation’s history of slavery, racism and the civil rights movement resulting in the current social and economic factors that are now part of African American lives. Please join the meeting from computer, table or smartphone. https://global.gotomeeting.com/join/731603461 — Or dial in US: +1 (669) 224-3412 Access Code: 731-603-461

Dudley Edmundson is an established Photographer, Author, Filmmaker and Presenter. His photography has been featured in galleries and nearly 100 publications around the world. His landmark book “Black & Brown Faces in America’s Wild Places” (Adventure Keen Publications 2006) features luminaries in the environmental and outdoor recreation fields.

Author Blair Thornburgh reads from her latest children’s book, “Second Banana,” and from her 2019 book, “Skulls.”

BUY "Kiss the Ground"
BUY "Cursed in Pennsylvania" by Patty A. Wilson and "Haunted Crime Scenes" by Mark Nesbitt and Katherine Ramsland

BUY "INSIDE THE UPHEAVAL OF JOURNALISM"

BUY The World We Are Fighting For: World War 3 Illustrated #51

Buy Kafka in a Skirt

Buy "The Future We Choose"

“Hopes High”: Editor Deb’e Taylor interviews young authors living all over the US, who created images and text about how they have been affected by the Covid-19 pandemic.

We encourage Easton-area kids to send videos about their own experiences during the pandemic to eastonbookfestival@gmail.com.

“Hopes High” is available for purchase from Blurb, or from Book & Puppet Company: sales@bookandpuppet.com

Easton Book Festival relies on the generosity of book-lovers like you.

This premier book festival and exciting literary event in Easton, Pennsylvania has everything a literary fan could want—an array of national literary stars and emerging authors that will present their work and sign copies of their books in your favorite venues in Easton.

Interact with the authors, celebrities, and content creators that influence the way we think and how we view our world.

Immerse yourself in the literary world by participating in Q&As with the creators of story in all its forms.  Enjoy meet-n-greets, autographing sessions, book signings, storytelling, literary lectures, puppet shows, plays, and so much more.

Easton Book Festival is the ultimate celebration of books.